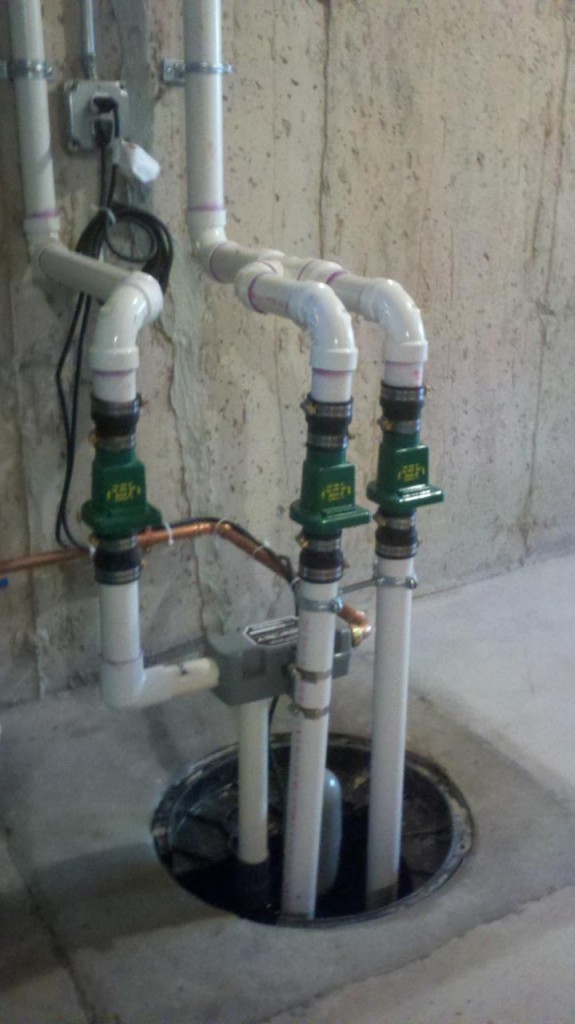 The initial call came in from a homeowner. He had a friend who was a “handy man” install a dewatering pit/pump in their basement. The complaint was that every time it rained the pump became overwhelmed. In addition the friend also installed a battery back-up but never informed the homeowner of the need to check the battery and/or install a trickle charger. The first time power was lost during a rain storm the battery lasted roughly 10 minutes before the power was lost.

Upon the customer meeting, MGS determined the dewatering pit was installed in an improper location where the water was entering the basement. This was a huge factor as the house had a high water table and pit placement was crucial to stay ahead of the rising water table during every rain or winter thaw, in addition to the amount of potential water during heavier rain storms.

MGS designed a system utilizing two 1/2 horse power dewatering pumps in addition to a water powered pump (these can be installed only on houses that have a municipal water supply).

Since installation the area has had two “major” storms where the basement has remained dry. 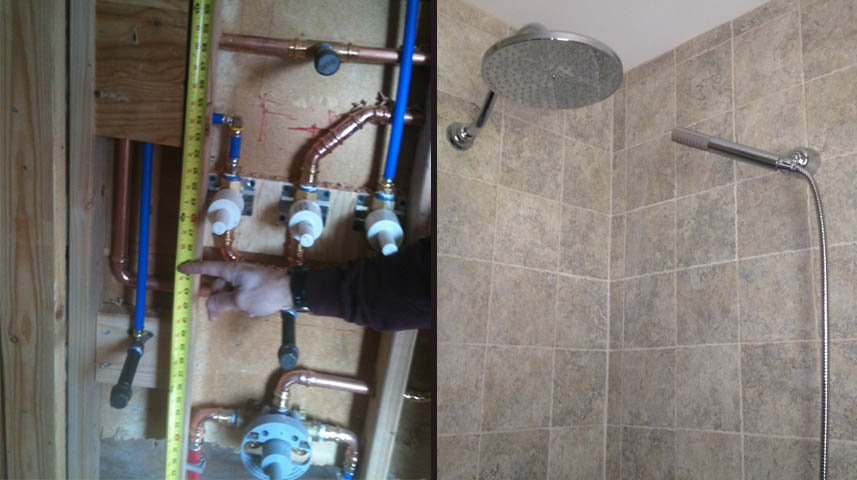 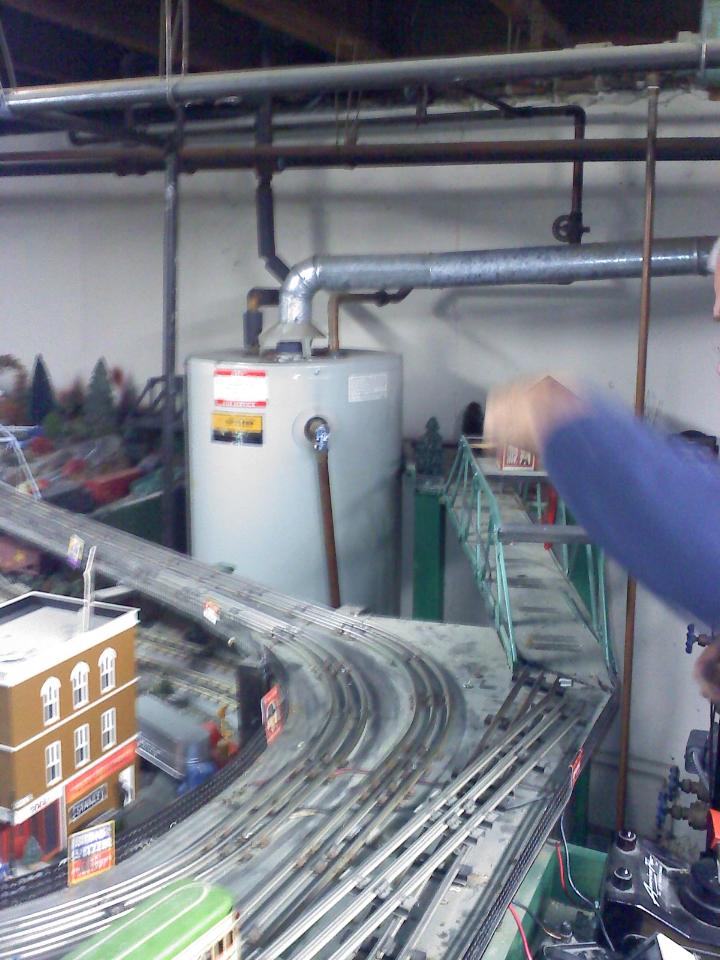 A homeowner called inquiring, “How many technicians are normally assigned to a hot water heater replacement?” I was curious to know why he would ask that. The homeowner informed us that he was a model train enthusiast and that he had tracks throughout the basement. Upon arrival we found a hot water heater with model train tracks going around the heater, in addition to the entire basement area. It was not an easy replacement, but the train tracks remained unharmed in the process. 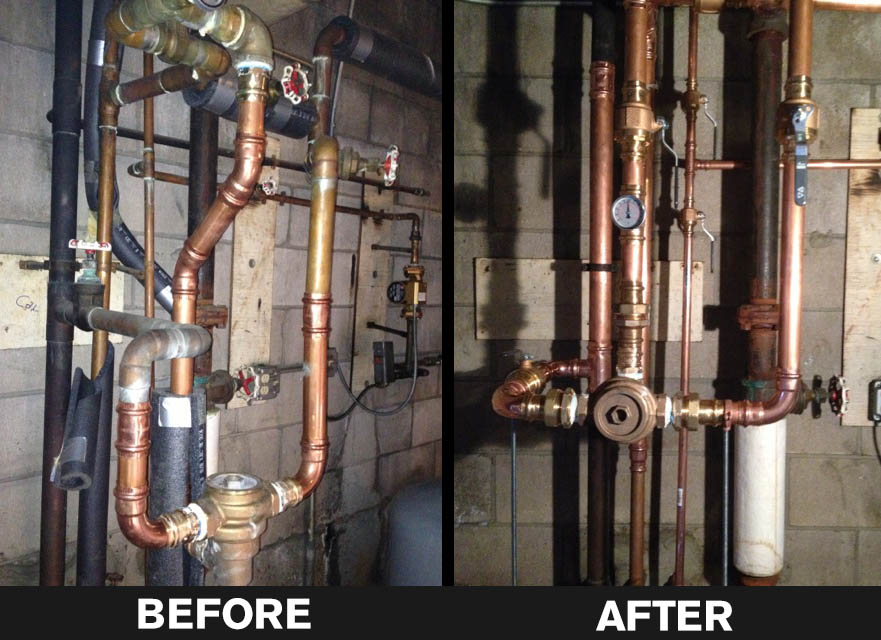 This photo illustrates a commercial mixing valve supplying hot water to 27 homes within a co-op community. The initial call came in at 3 p.m. this particular day. I was told that within the building, all 27 homeowners were without hot water. Upon arrival we determined that the 40 year old original mixing valve had failed. There were no replacement components to rebuild the valve as it had been discontinued. We supplied and installed an 11/2″ mixing valve that afternoon to restore hot water to the 27 units within the building.